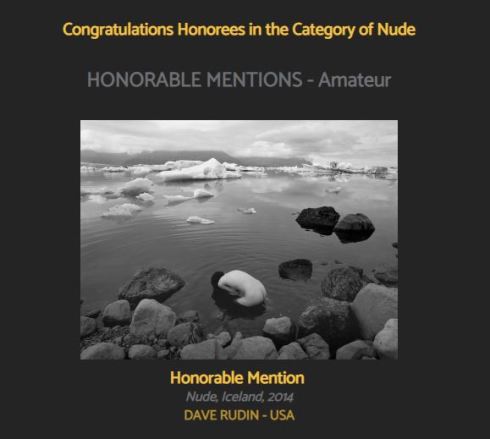 A few days ago, the annual announcement was made of the winners of the Black and White Spider Awards.  This was the sixth year that I’ve entered, and in the past five years, I have not won a first, second or third place award, but I had been awarded with two Honorable Mentions – one two years ago and the first one two years before that.

This year, I made a step forward – not by being in the top three, but by receiving two Honorable Mentions.  One of them, which is at the top of the list of Honorable Mentions on the contest’s website, is a photograph of Rebecca Tun in Iceland’s Jokulsarlon glacier lagoon on my trip there in 2014.  The other one (at the bottom of the list, ironically) is of Sienna Hayes made at a local beach last year when she was visiting…