i love seeing people modelling their own concepts and styling experiments through selfies. there’s an efficiency to it. you know that if you get what the model is trying to convey, you’re getting what the picture is supposed to be about. 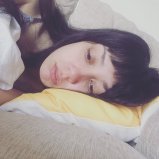 I am up I’m just lying down.

i could say 2017 was the year i finally started modelling ‘for’ myself 😆. i greeted the year with a proliferation of self-styled character portraits that i’d been plotting to unleash, personae i couldn’t really explain or justify except by just going ahead and taking the pictures.

hmm, if my selfie game gets too good i’ll never need any photographers…

I just have these terrible awful moods! I’m sorry.

my heart is a hearth 💛

and the thing is, while these were just a joke for me – fun but superfluous, just think, then, how much more of a big deal it is when somebody unleashes a persona that’s actually important to them for people to see. think about cases where doing this was literally only made possible by a certain kind of information communication technology.

I have returned to the fair isle of my forefathers.

Alice gazed into the looking glass and was bewildered to discover that she herself had immediately penetrated its infinite depths.

and don’t even get me started on apps and filters. that will be a fun topic for another blog post. that’s a whole new level of futurism, the kind of absurdity foreseen by David Foster Wallace in Infinite Jest, exciting early stages of the transhuman existence i hope we and our tools are headed towards…

According to me, I like lists. END_OF_DOCUMENT_TOKEN_TO_BE_REPLACED
This entry was posted on Thursday, May 4th, 2017 at 12:33 pm and tagged with 2017, alice in wonderland, cambridge, cat, character, culture, cute, david foster wallace, infinite jest, lols, models, portrait, self portrait, self styling, selfie, silly, styling, technology, uk and posted in Elsewhat, Model, Photographer. You can follow any responses to this entry through the RSS 2.0 feed.
« Enigma’s music video for Sadeness (Part II)
Next Post »